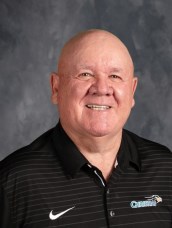 Patrick Turner currently serves as District Pastor and Golf Coach at Christian School District after serving for several years as the high school principal.  Mr. Turner earned his Bachelor of Science in Education from the University of Missouri - St. Louis in 1980, his Advanced Studies Degree from Moody Bible Institute in 1983, and his Master of Arts from the University of Alabama in 1984. Before joining Christian in 2009, Mr. Turner worked as a missionary teacher and also served in the United States Army during the Vietnam War.